What makes a good editor? 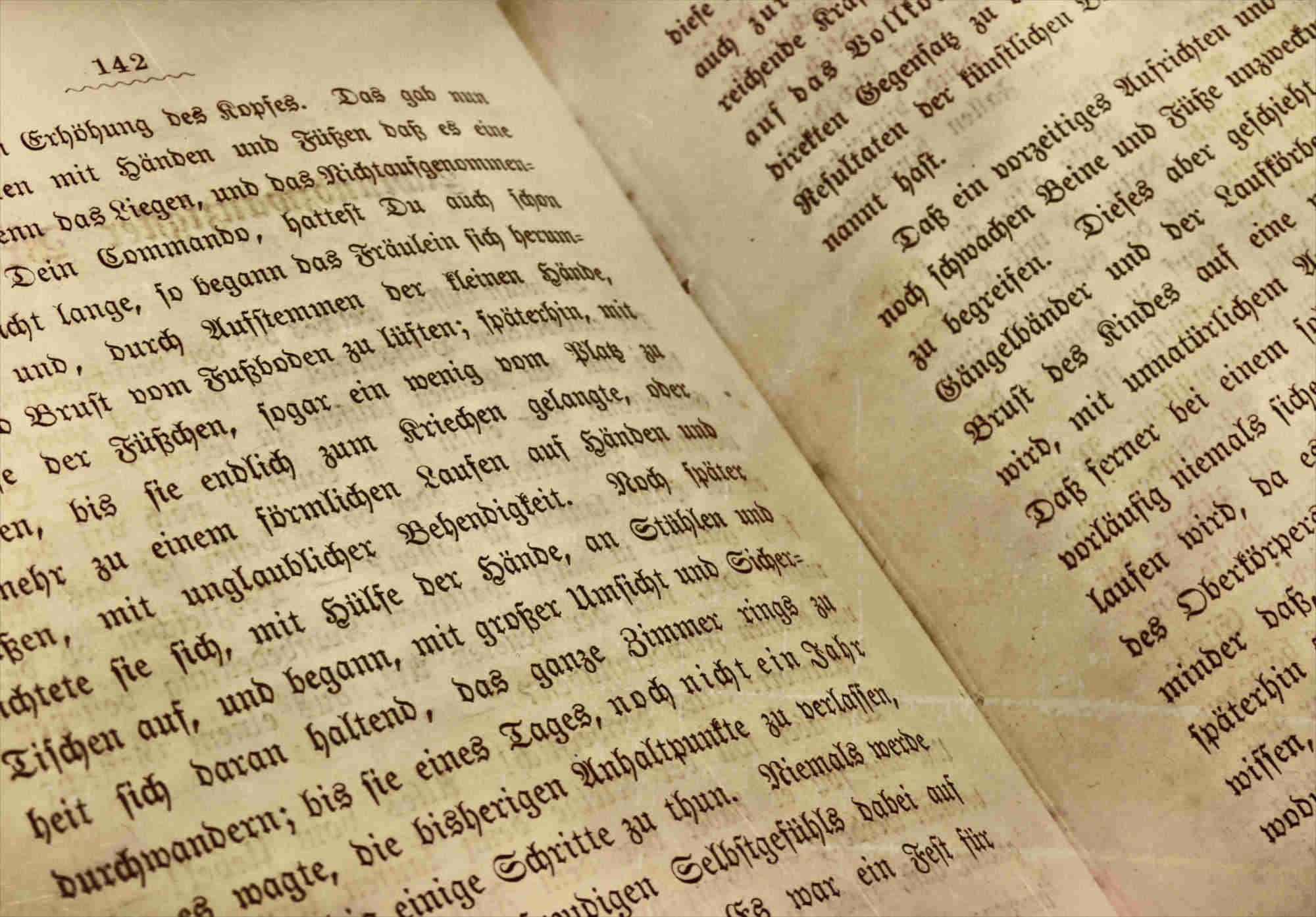 I should distinguish first, the differences between the roles of the editor and copy editor.  It might seem at first, particularly to new writers, that the two roles are one and the same, but they vary definitively. There is no strict definition of who does what, which can lead to confusion over what to expect so it is vital for you to be sure exactly who offers what, and at what level so you can be sure that your book gets the right process. These service levels are dealt with in more details later in the post. Briefly, an editor is the second pair of eyes who will be able to look at an author’s manuscript objectively, and dispassionately, and thereby identify where the work has potential, where it falls down, and advise where changes are needed in order to make the work as good as it can possibly be (Oliver, 2003, p. 127) this will take several drafts.

While the use of the terms ‘editor’ and ‘publisher’ also appears to be inter changeable, particularly in writer’s guides written in the US, they also vary. In the US, the publisher is the printer.  They prepare the material for printing, then issue the books, newspapers and magazines for sale to the readers. In the UK, the publisher is a person or company who is in the business of publishing printed material.

Self-editing is another different process, which will be covered in a different post.  This is the furthest you can take your work without professional assistance. It is good practice to go through your own self editing process and take pains to get your work as close to being finished as possible before submitting any of your work to an editor.  It will save you a great deal of time, money, and disappointment (Maitland, 2005, pp. 174-195). Finally, no type of editing service includes changing huge chunks of your work. Ghost writing and co-authorship are entirely different agreements, which have no bearing on the editorial process. These arrangements, for good reason, should be entered into separately.

What they will do.

‘An author’s publisher is, in effect, his/her very first, critical, perhaps over-critical, reader. If something strikes your publisher (who is on your side) as not very good, then it may have the same effect on other readers – the buying public, who are not on your side until your book persuades them that they should be.’ – Reay Tannahill (Oliver, 2003, p. 128)

The website Preditors and Editors, contains a list of editing services, which they rate according to their quality (Preditors & Editors, Inc., n.d.). A ‘not recommended’ rating is issued to services which fulfil one or more of several criteria. A good editor will only invoice you for work you have agreed for them to carry out. Here lies the importance of a fair service agreement, signed by both parties which should lay down the precise remit of the editor. This contract is an agreement between author an editor to perform a specific task or process. A good editor will acknowledge that it will take at least four rounds of editing before a work can be in anyway considered finished and ready to publish. A good editor will not make rash promises, in order to pull you in. A good editor will stick to their contract and deadlines: they want repeat business and to do this they will offer a good service – not low prices – and produce a good result,

Sample edits allow an editor to demonstrate their ability to edit your work and provide an example to you of the standard you can expect from them. One page is reasonable to ask, and many offer this as standard practice, but you should not expect them to sample more than five pages. Remember that whilst they are trying to sell their services, their time and skills are as valuable as your own. At this is the stage an editor can also gain a rough impression of what level of service your work needs and how long it will take (Koch Macleod & Douglas, 2014).

This will detail the exact processes your work will undergo. It normally consists of four or five stages over many drafts. These exact processes and the wording of the plan will vary between services but this plan outlines the level of service which will be agreed to in your service contract.  This should be produced prior to signing any agreement. A good editor will set realistic and fair deadlines in their contracts and they will stick to them. Be aware that sometimes work may take longer than previously estimated. A ten percent margin of error in this respect is not unreasonable and a fair service agreement will allow for this.

No full manuscript should be submitted before a service agreement, which reflects what you have already agreed to has been signed by both you and the editor. This contract is an agreement formalises your agreement. If you are not entirely happy with the terms of an agreement, a good editor will negotiate before producing a contract.  If they will not negotiate, do not sign anything. It should detail the agreed prices, the service levels and terminology, and the cancellation process.

Most importantly, it is not the job of an editor to research for, or to rewrite your work for you. An editor will suggest changes that they believe will improve the manuscript (Tuttle, 2005, p. 109). These may be minor corrections such as word misuse, or alerting you to the repetition of phrasing. They may also be major, such as removal of sections or even whole sub-plot lines, or including additional content.  These changes are not compulsory. It is your work and you do not have to change anything unless you are entirely convinced (Tuttle, 2005, p. 109). That said, editorial advice should be given proper consideration, and not simply rejected if you find their reactions overly harsh. Editors can bring an unbiased eye to your work, as well as a totally candid assessment, whereas a friend or family member might be reluctant to point out any failings, lest it hurt your feelings.

Here an editor will look at how the story comes together and makes a note of trouble spots: where the plot is lost or inconsistent; where there is an excess of description; where the characters are indistinct.  From this point, they will look at how sections might be reordered so they fit together better, and represent the expectations of the reader. This can be an expensive service if the whole of a manuscript needs restructuring so it is a good idea to address this issue before you start writing with a detailed outline.  This can also be sent to an editor, together with your manuscript, but bear in mind that this may incur an extra cost (Koch Macleod & Douglas, 2014).

This stage resolves issues over the clarity and flow of your sentences. It could involve moving the sentences around to clear up the meaning, but it always aims to preserve your voice in your work (Koch Macleod & Douglas, 2014).  If your sentences feel formulaic, with excess adjectives, the vocabulary is unsuitable for your audience (strong language etc.), you have used specialised jargon without taking the time to define terms, or your transition between paragraphs is disjointed, it might be a good idea to request a stylistic edit (Koch Macleod & Douglas, 2014).

After the editor has suggested the required changes to the content, with regard to accuracy and structure, the copy- editor (which may be the same person) will check the fine details such as spelling punctuation and grammar (Maitland, 2005, p. 174).  This assess the grammatical structure of your sentences, ensuring the correct use of words and the consistency of argument or story line. The writer may have deviated from the expected course, due in part to the sheer number of small details they are trying to incorporate into a single narrative. Inconsistency in spelling can also be caught and picked up in sentence level editing so the author can be alerted and they can correct it in the next draft (Koch Macleod & Douglas, 2014). A good copy-editor will make sure a writer sees these corrections. This is easy to do in applications such as Word as it has a designated function to track changes. While you are under no obligation to accept them (Oliver, 2003, p. 128), it is recommended that your follow their advice.

This is the final stage, not the first. This is applied only after the structural issues have been addressed and resolved.  It’s the final spit and polish. Typing, spelling and formatting problems are highlighted and an editor will examine how your text presents itself in both hard, and electronic formats. This is the final opportunity to catch errors before your work is laid before the public, for a reader to immediately point them out. (Koch Macleod & Douglas, 2014).

What they won’t do.

‘An average manuscript from a new author does need quite a large amount of editing, often two or three sets of revisions need to be carried out’ – Luigi Bonomi (Oliver, 2003, p. 127)

A good editor understands that editing can only do so much.   As demonstrated above, it is their job to guide the author through a final process in regard to structure and storyline. In short: 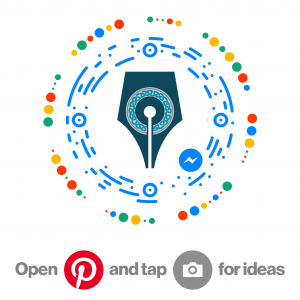